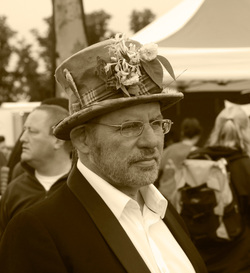 Gordon was Multicultural Adviser for Norfolk LEA through the 1990s, before starting his own business, Norfolk Multicultural Services.  This became Norfolk Our World Festivals Ltd, named after the series of festivals he started in 1993. These were the longest running and most  successful multicultural festivals for schools anywhere in rural  Britain.  He has advised many hundreds of schools on how to prepare  their pupils for life in a multi-ethnic society.

In 2002 Gordon expanded his business to include projects based on local heritage, particularly molly dancing and local story as part of a broader multicultural education package. A series of large and medium scale projects have followed and he has taught thousands of children to dance to a very high standard. Children he has taught have danced at high profile events; on the South Bank; at the Folk Educators Showcase; Towersey Village Festival; Dranouter Folk Centre (Belgium).

More recently the business has diversified to include arts projects relating to the Great War. 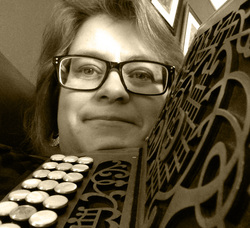 Nicky was a successful scientist and worked at the Institute of Food Research, patenting technology and identifying scientific discoveries that could form the basis of new companies. She started working with Gordon in 2005 whilst on maternity leave and never returned to her scientific job.

Nicky is a musician and singer and has works with Gordon providing the music, song and many of the teaching resources etc. She also helps Gordon run the business; identifying project opportunities; writing bids; conducting research; events organisation; IT etc